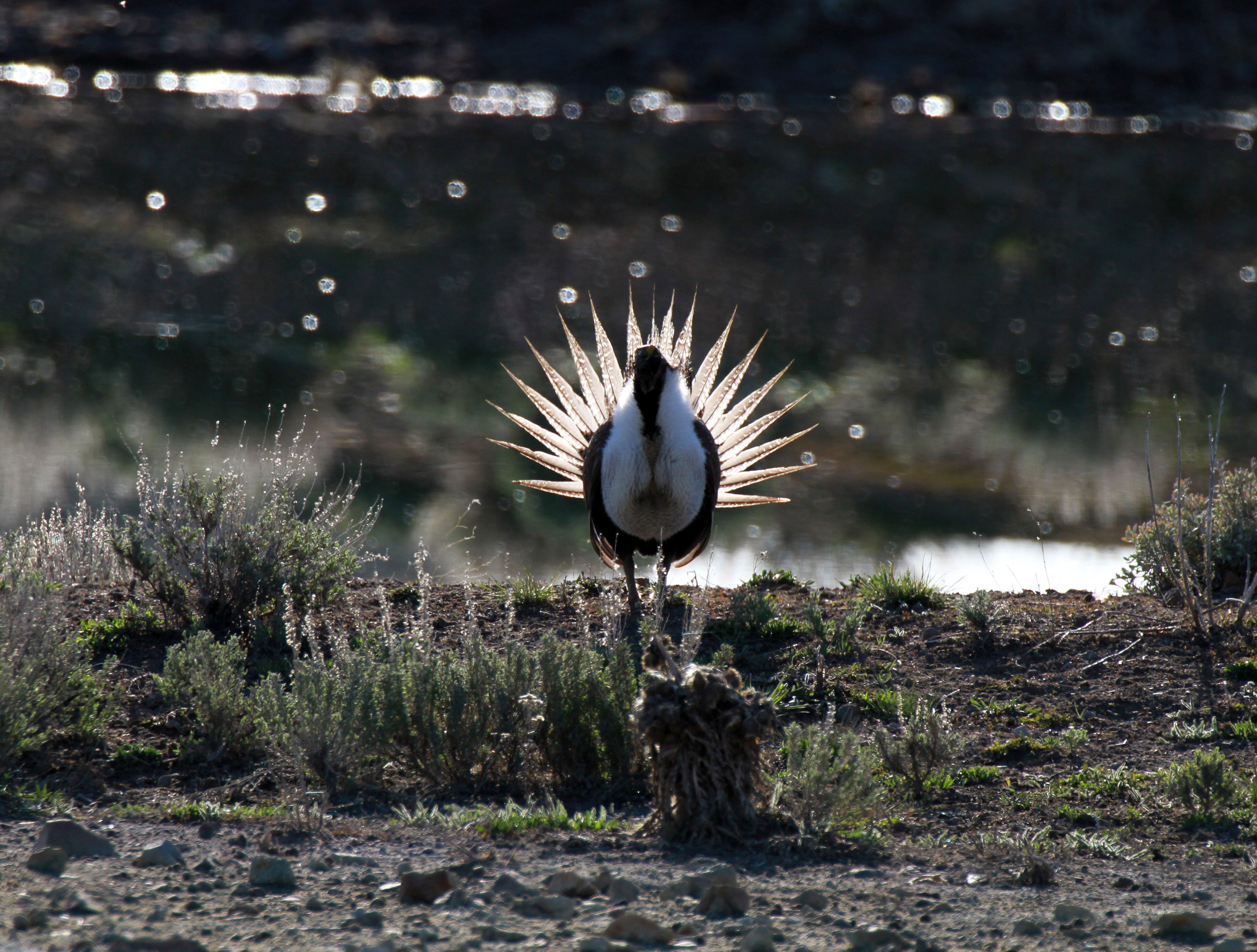 How can credits be generated?

Credit and debits are measured in acres. One credit equals one acre of habitat. The mitigation program provides for three actions to generate credits within a SGMA: 1) create functional habitat for sage-grouse adjacent to existing occupied habitat, 2) create corridors linking two areas of occupied habitat to facilitate safe movement, particularly by broods, and 3) protect existing occupied habitat from development through a conservation easement and ensure the habitat quality is maintained.  Projects to generate credits using any of these actions must be completed within a SGMA in Utah.

What is required after credits are generated?

Projects conducted to create or protect habitat must be verified before they can be sold.  In addition, the credits generated by projects must be monitored to guarantee their persistence over time.  Credits must have a life of at least 20 years but also need to match the longevity of the permanent disturbance.  A monitoring procedure has been developed by the Great Basin Research Center.  Training will be provided to certify individuals who wish to be able to verify credits in the future.

Who can generate credits?

Utah’s mitigation program contains three approaches to generate mitigation credits: 1) State Sponsored Program, 2) Term Mitigation Credit Program, and 3) Conservation Bank Program.  Although there is some overlap, each approach was designed to address a particular portion of the mitigation need.  The State Sponsored Program is focused on completing the mitigation needed to offset permanent disturbance to sage-grouse habitats on private and SITLA lands.  The Term Mitigation Credit Program is designed to let private landowners and SITLA develop credits on their land, and sell it to anyone needing credits.  The Conservation Bank Program is patterned after traditional conservation banks used with endangered species.  It is designed to be used on private land and is similar to the Term Mitigation Credit Program except with stronger protections and requirements. It also needs to have a regulatory requirement on the disturber to mitigate.

Who has to mitigate?

When should mitigation occur?

Mitigation needs to be completed before the permanent disturbance occurs.  As the program becomes operational, the State program will maintain a reserve pool of credits so there is no net loss of habitat.

If I have to mitigate, how do I find someone with credits to sell?

The Credit Exchange Service (CES) is the tool that was created to track the development, maintenance, and transfer of credits to mitigate for permanent disturbance.  The CES is administered by the Utah Department of Natural Resources (Utah DNR).  The CES will track credits generated in any of the approaches using any of the actions discussed above.  Contact the Utah DNR for a list of Credit Providers.

Does the rule require a 4:1 mitigation ratio?

Why is a 4:1 mitigation ratio recommended?

The 4:1 mitigation ratio was adopted in the Greater Sage-grouse Conservation Plan adopted by Utah in 2013.  The 4:1 ratio accounts for both direct and indirect impacts that may come from permanent disturbance, differences in habitat quality, and uncertainty of mitigation success so that detailed analysis of these factors can be avoided and costs for activities other than habitat creation are reduced.

Why might this be interesting to me as a landowner?

If the market develops for credits needed by disturbers on federal lands, private landowners can develop credits on their property and then sell them to disturbers on the open marketplace through a private negotiation and sale.  The Credit Exchange Service will track the transfer of credits but will not regulate the private sale.  Good habitat for sage-grouse is also good land for livestock grazing, so sage-grouse mitigation credits could become a second source of income for private landowners without conflicting with livestock grazing.

How can a private landowner generate credits?

Projects to generate credits include several options. A landowner could create “functional habitat” and corridors for sage-grouse from areas that are not currently habitat. Landowners can also generate credits by protecting occupied habitat in SGMA’s through a conservation easement, then ensuring that it remains habitat.  “Functional habitat” is sage-grouse habitat created through a credit generation project.  It must meet several key requirements, including; it is adjacent to existing occupied habitat, has a live sagebrush canopy cover of at least 7-16% depending on it's location, and has no more than 1% canopy cover of conifer trees over 0.5 meters in height. A corridor is an area of land that facilitates sage-grouse movement between two or more areas of occupied habitat.  Corridors must contain less than 1% canopy cover of conifers and have at least 15% ground cover including perennial grasses, shrubs, and forbs, and is at least 100 acres in size with a width of at least 2,000 feet.  Protected habitat is an area of habitat occupied by sage-grouse that is preserved from permanent disturbance through a conservation easement for at least 20 years and is maintained in sage-grouse habitat (nesting, brood-rearing, wintering, or corridor) for the length of the easement.

Where can I find out more??

Check out the USU Extension produced fact sheet about the program